The West Memphis Metropolitan Planning Organization (MPO) is soliciting public comments concerning its 2023 – 2026 Transportation Improvement Program (TIP).  Please contact the MPO at 203 S Avalon, West Memphis, AR. 72301 if you have comments or questions concerning these documents. You may leave your comments here or call or e-mail us at 870-702-5158; gsaswyer@westmemphisar.gov.

The MTP may be reviewed at the MPO office, the MPO’s web site at here and at the following locations:

What is the West Memphis MPO?

The West Memphis MPO serves the needs of the community in our study area by planning for all modes of transportation including local traffic, commuters, freight and rail, bike/ped initiatives, and more. We coordinate with local, state, and federal agencies to develop transportation projects designed to improve quality of life in our communities. For more detailed information, contact our office or read the latest Metropolitan Transportation Plan. 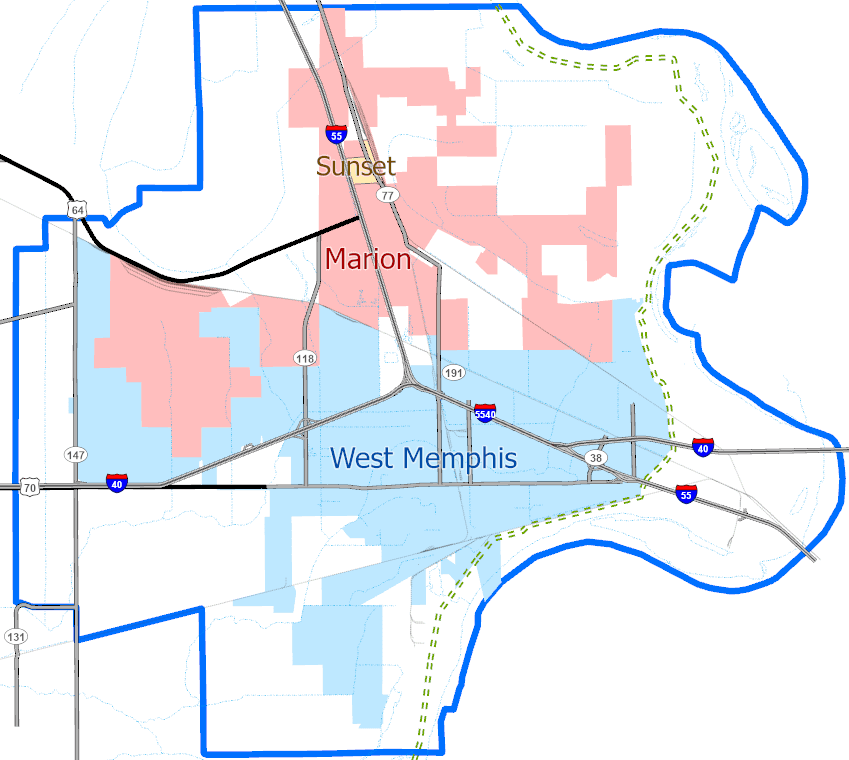 With adoption of the Clean Air Act Amendments of 1990, Congress made great strides in America's efforts to attain the National Ambient Air Quality Standards (NAAQS). One year later, Congress adopted the Intermodal Surface Transportation Efficiency Act-the ISTEA of 1991. This far- reaching legislation brought transportation into the multi-modal arena and also set the stage for an unprecedented focus on environmental programs. Part of this approach was the newly authorized Congestion Mitigation and Air Quality Improvement (CMAQ) Program.

Jointly administered by Federal Highway Administration (FHWA) and the Federal Transit Administration (FTA), the CMAQ program was reauthorized under the Fixing America’s Surface Transportation (FAST) Act in 2015. As with its predecessor’s legislation, the FAST Act provides funding to areas in nonattainment or maintenance for ozone, carbon monoxide, and/or particulate matter.

While project eligibility largely remains the same, the legislation places considerable emphasis on diesel engine retrofits and other efforts that underscore the priority on reducing fine particle pollution (PM 2.5).